You could score 3-4 feet of powder this week by chasing from eastern New England Resorts to the Cascades by Monday. 2 storms to talk about. 1 eventually could bring decent snow to a few areas of the Rockies.

In the short term, light snow is on the doorsteps of Colorado on Thursday morning. Short term models show a burst of moderate snow for the Front Range by 8AM. Expect 2-4 inches in many metro areas Thursday with ski areas in southern Summit (Breckenridge) extending south to Monarch and even Leadville on the hunt for higher amounts. It's a weak system that might bring a few surprises just west of the metro areas. Timing is not great.

Below: Total moisture for Colorado through Thursday showing some higher totals in southern Summit extending into the eastern fringes of Leadville and south towards Monarch. I am not super confident on these 2 resorts (Weak system) but just an outside hunch they could do a bit better than resorts further north. Sometimes moisture and winds don't push enough snow up Monarch Pass itself. 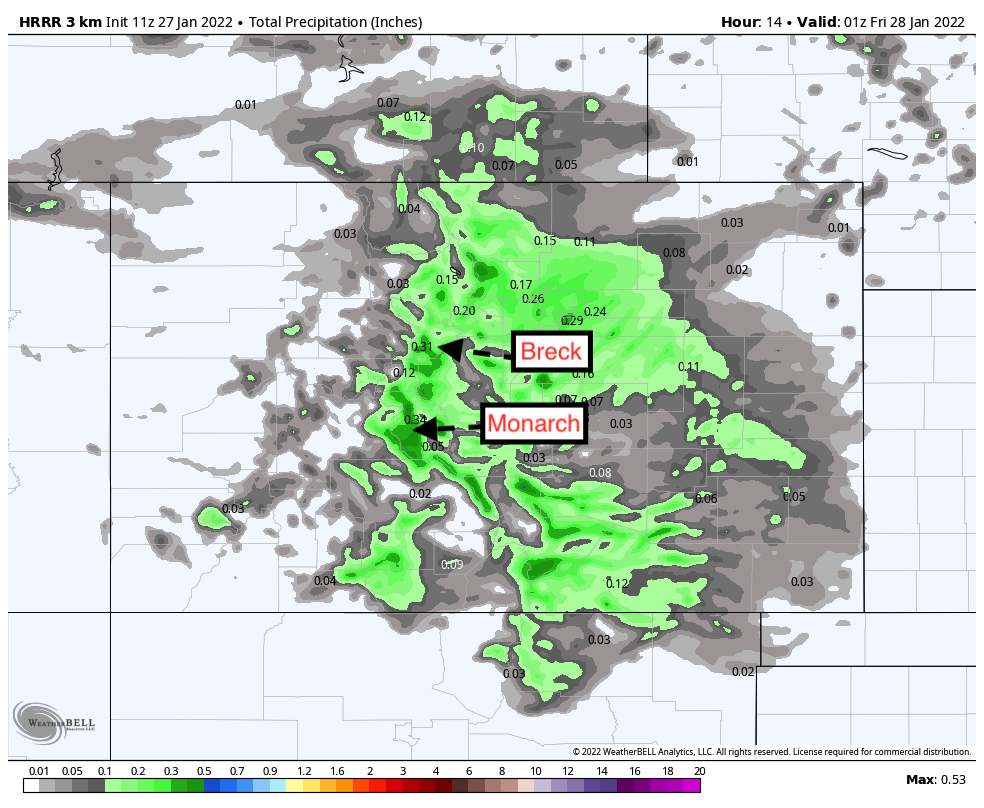 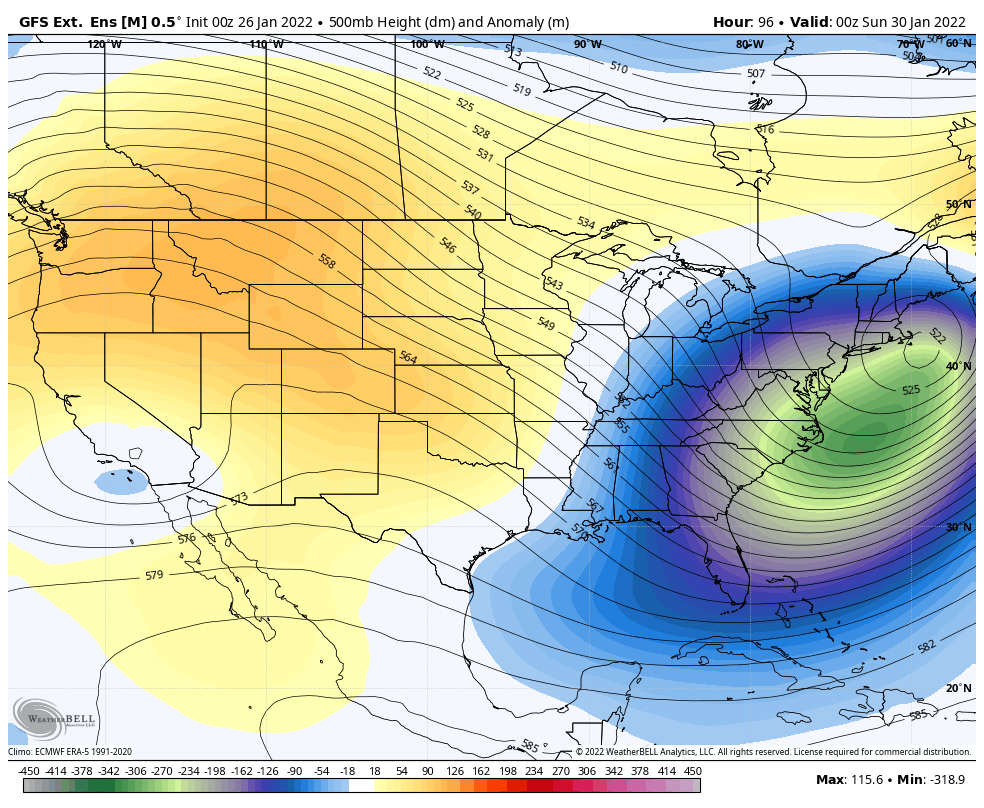 The biggest news of the week is a significant system aimed at the  Mid-Atlantic Region that pushes east towards New England by Saturday morning. What's really exciting about this system is that it has significant instability and will produce 12-16 inches in a relatively short period of time. Models are still in flux, even this close to the event with the American GFS pushing most moisture off the coast of New England while the European, NAM and Canadian are onboard with a more inland track. Bottom Line: Significant snow for coastal areas of New England, outer Long Island, Cape Cod (Ski the sand dunes), and metro areas in eastern New England (Boston, Gloucester, Portsmouth, Portland). The trend of the majority of models skirts this system inland with Ski areas on the eastern ranges of Massachusetts (Wachusett), New Hampshire (Gunstock) and Maine (Camden Snow Bowl) seeing the highest totals. Further inland towards North Conway will see lighter amounts while Vermont might be skunked. Storm Ski on Saturday with leftovers in Maine for Sunday.

Below: The Mid Atlantic ranges of VA extending north into eastern New England get slammed.The outer Cape Cod regions may end up with 1-2 feet! 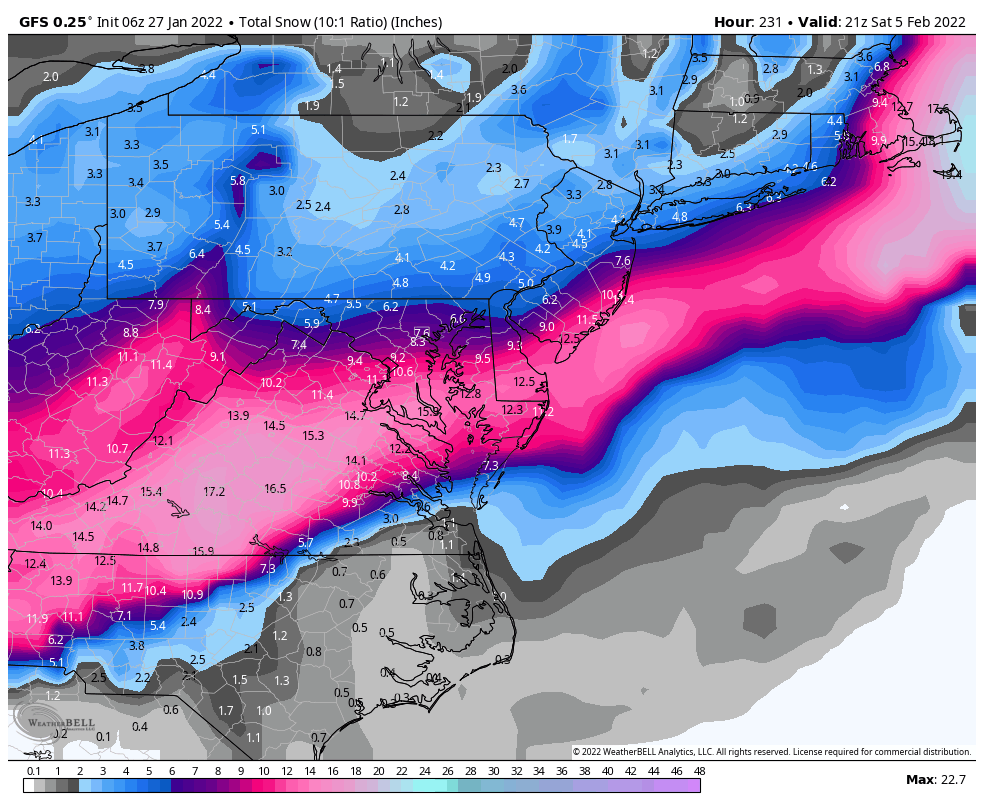 Below: American Model is the most pessimistic pushing most moisture east over MA and heading off the coast of NH and Maine resulting in less snow for NH metro areas. 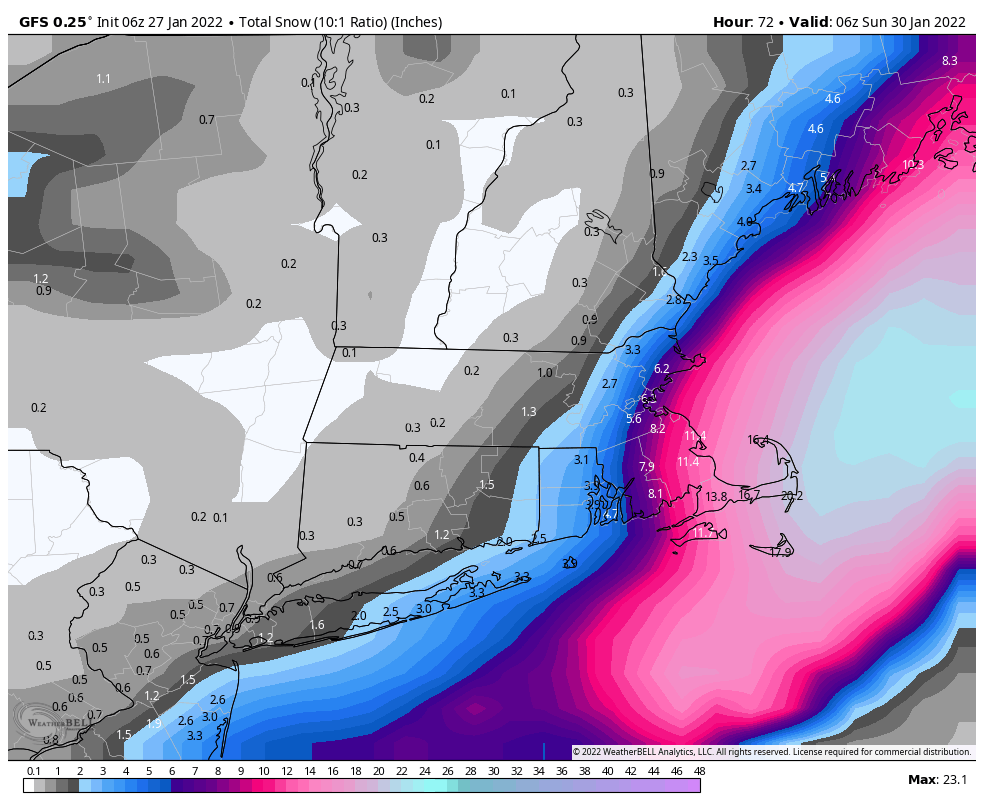 Below The short- term NAM 12 pushes this storm further inland over most of the Lakes Region of New Hampshire extending some light snow into Vermont. The European not shown splits these models in the middle. I am siding with the Euro with the final solution being a hybrid of these 2 maps. Ride resorts closest to the coast for the deepest pow with moderate snow found inland in New Hampshire (Lakes Region deeper than 93 resorts). 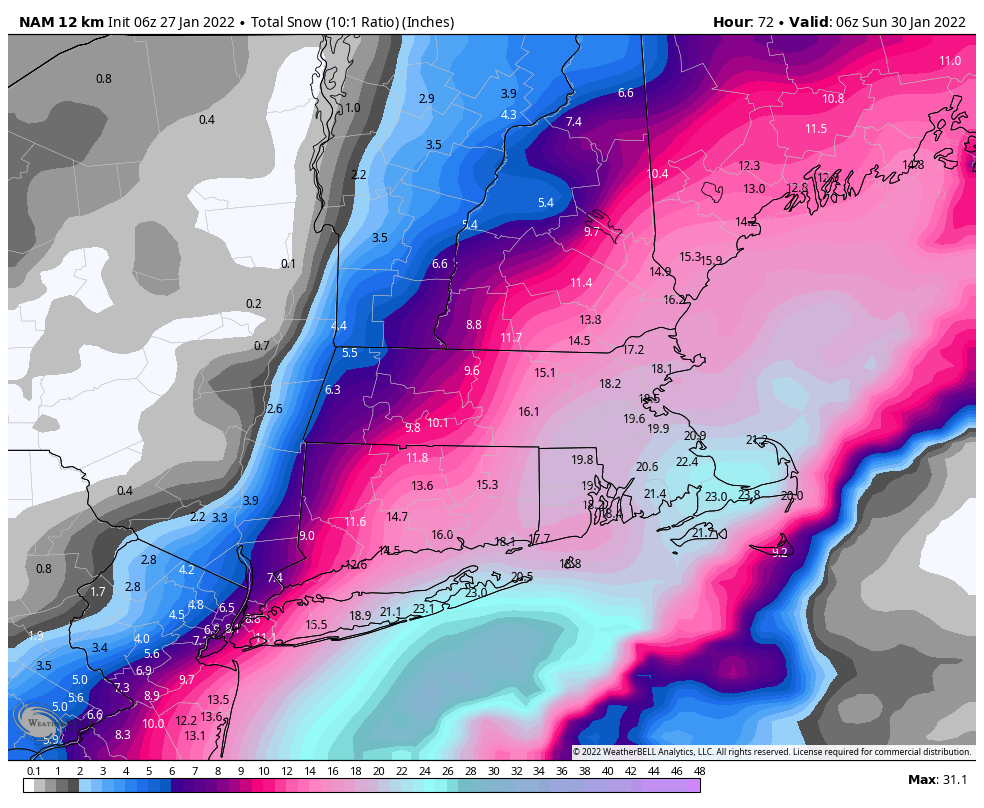 Looking out in the extended period there is still a good storm on tap for western BC Saturday night into Sunday (Whistler and coastal resorts) that migrates into the northern Cascades by early morning (Sunday). Winds will favor the northern areas towards Mt Baker but slowly shift to the NW by late Sunday night or early Monday. This will push decent amounts towards Stevens Pass, Alpental, Snoqualmie and moderate amounts into the southern Cascades for late Sunday into Monday.

Further afield the most bullish spots to watch early next week will be the central panhandle of Idaho (Ski Lookout) by Tuesday with snow pushing well inland into Montana favoring Teton Pass Ski Area and perhaps even Montana Snowbowl (Moderate system for late Monday to Tuesday). Whitefish is also noted to grab decent snowfall from this storm!

Below: Low pressure centered over the central and Northern Rockies by Tuesday. 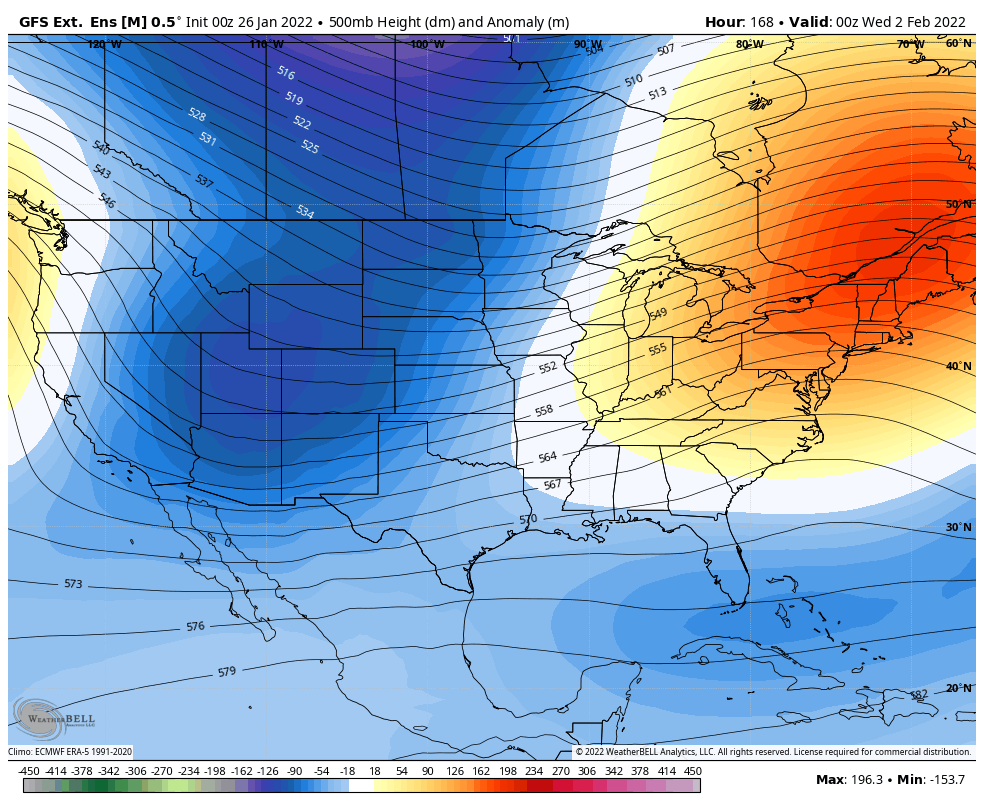 The system pushes south into Wyoming early Tuesday for the Tetons (Moderate snow), teasing its Utah neighbors (Light snow) before setting up over Colorado for Tuesday/Wednesday. The system has the potential to bring decent amounts to the Front Range of Colorado. What's different about this system than the previous ones is that it will likely push a bit further west bringing higher chances of snowfall for the I-70 corridor next week. Some snow is also likely for the San Juan Ranges at some point mid next week. Lets hope it happens!

Long range models show a chance for additional weak systems continuing over the west favoring the northern and central Rockies. It may be a hit or miss first few weeks of the month but there is a trend for some storminess.

Please sign up for our concierge program (Custom forecasts, link to our forecasters, trip planning) or donate to Powderchasers to support our forecasts.