When will winter roar back into the Rockies? Atmospheric River headed to the PNW and Canada next week.

While Canada sets up for a very wet week, the lower 48 grabs teasing amounts near the Front Range of Colorado and New Mexico. The northern Cascades of Washington might be your only bet on Monday with a moderate storm. Heavy Precipitation both Rain and Snow will dominate the PNW next week.

Currently, a low-pressure system that is fizzling out is dropping over southeast Wyoming as of 8 AM on Saturday. This will swing into the Front Range of Colorado by 3 PM. This will drive a quick band of snow showers east of the Continental Divide through Saturday evening. The foothills around Boulder and especially the I-25 corridor should see a trace to 2 inches by Saturday night. Unfortunately, the Ski Areas will only see a dusting. That system sets up higher amounts for the SE corner of Colorado before dropping into New Mexico for late Saturday night. New Mexico resorts closest to the eastern fringes of the mountain ranges, including the central areas near Ruidoso (Apache), could see 2-5 inches by Sunday morning. Aim for Angel Fire, perhaps Ski Santa Fe, but amounts won't be deep (Refresh).

Below: High-Resolution HRR models for Colorado through Saturday night indicating very light snow for the urban corridors along I-25 or near the Foothills. The highest amounts will fall in the southern sections of Colorado. The Ski Areas will for the most part be skunked with a dusting or perhaps an inch or so. 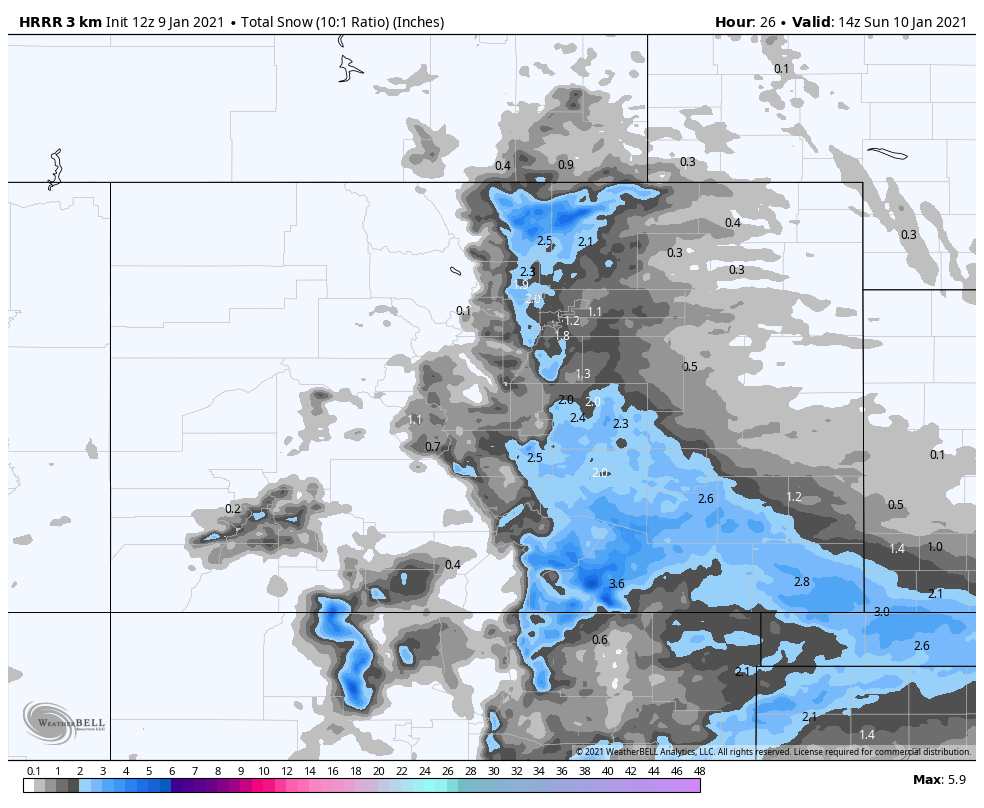 For chasing pow, it's possible to score some medium to heavy-density snow in northern Washington on Monday. The first of a parade of storms will impact the PNW late Sunday night. This will bring snow favoring the northern Cascades of Washington for Monday (Light or moderate amounts by 9 AM with snow continuing during the day).  While it is not a significant system especially compared to the previous week it might be your last chance to ride powder before temps rise even further mid-next week.  The European models show 5-9 inches while the American models in the 7-11 inch range. Temps will hover near or slightly above freezing at the bases.

Below: NWS Salt Lake issued this today! Driest 2020 on record and the 8th warmest! 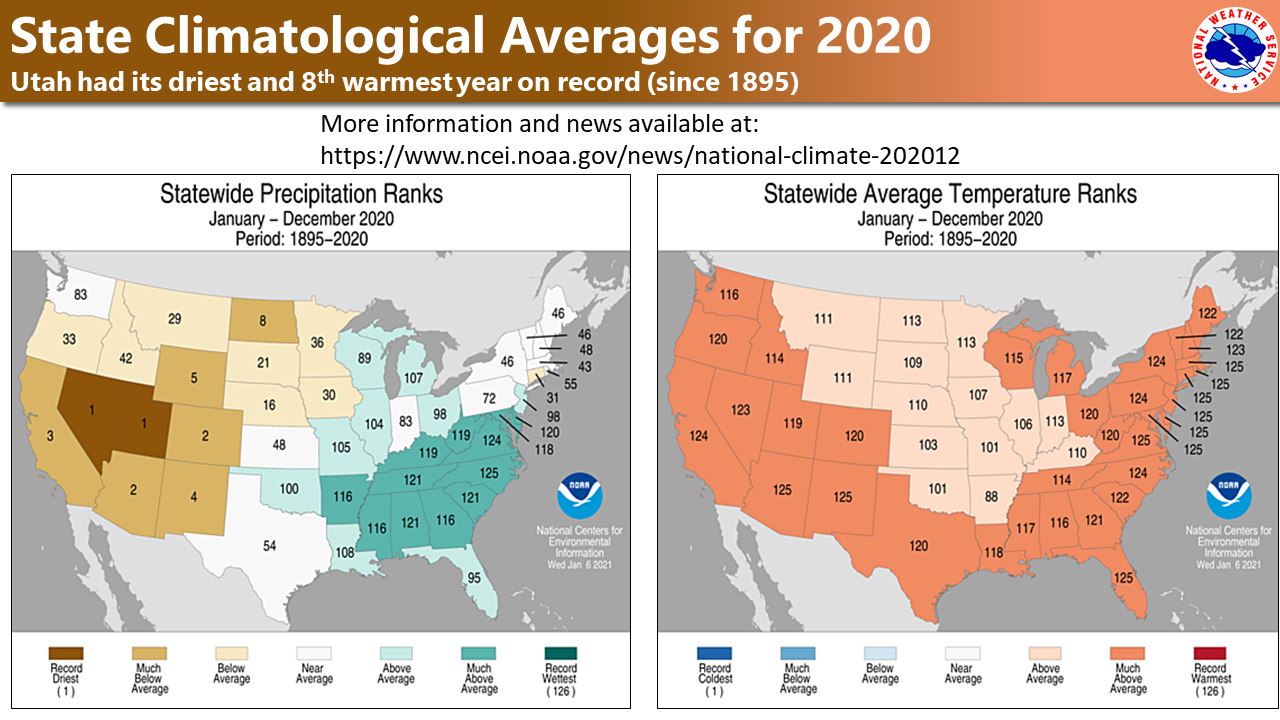 An atmospheric river is going to set up over the Pacific Northwest next week. Warmer temps, high elevation snow, and mid to low elevation rain are likely. Significant peak elevation snow is likely for the summit of Whistler next week. Interior BC will be slightly cooler and also reap deep but dense rewards. Avalanche danger will likely be on the rise.

Below: Significant moisture with warmer temps aimed at the PNW next week! Temps will be cold enough for all snow at the upper elevations of Whistler. The Cascades will see rain and snow during this period. 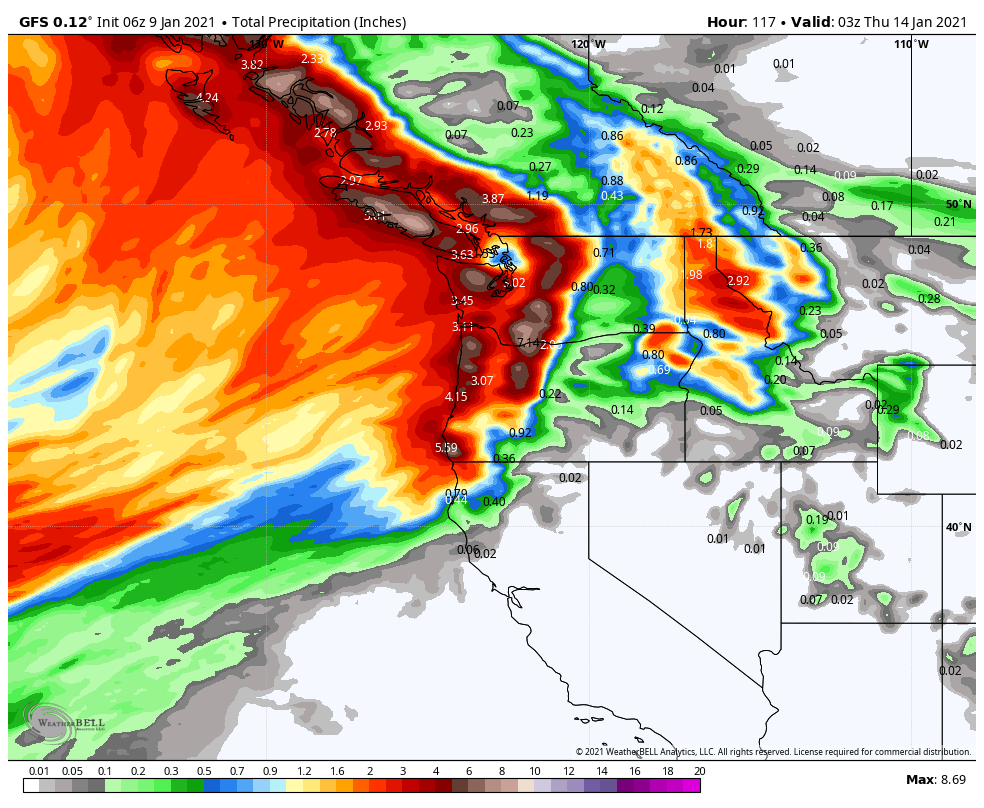 The ensembles show high pressure over the Rockies (Mid 50's in Denver), for much of next week. There are signals of a weak trough moving over the Northern Rockies (MT, WY, UT, CO) at some point late next week or weekend. Longer-term signals on the ensembles show the ridge of high-pressure buckling even further around the January 25th timeframe.

Below: Weak trough is likely for the northern Rockies next weekend (January 16 ish) 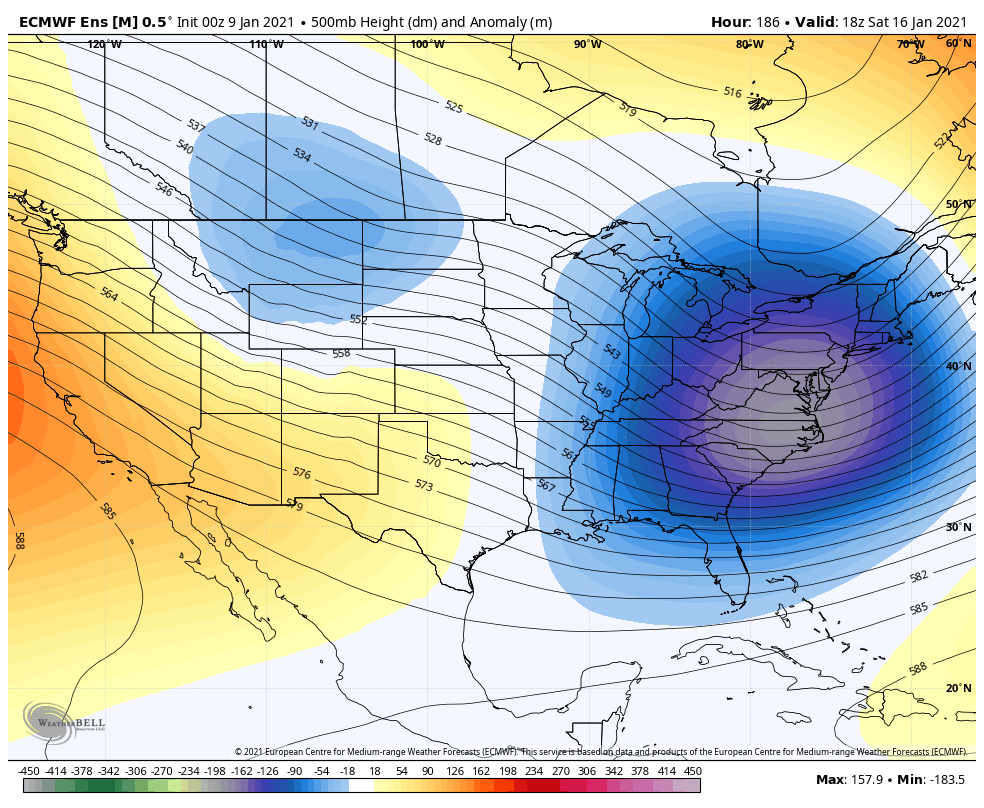 Below: Weak signals of some troughs possibly moving through the west in the January 20th timeframe, but it's too early to put any confidence in strength. 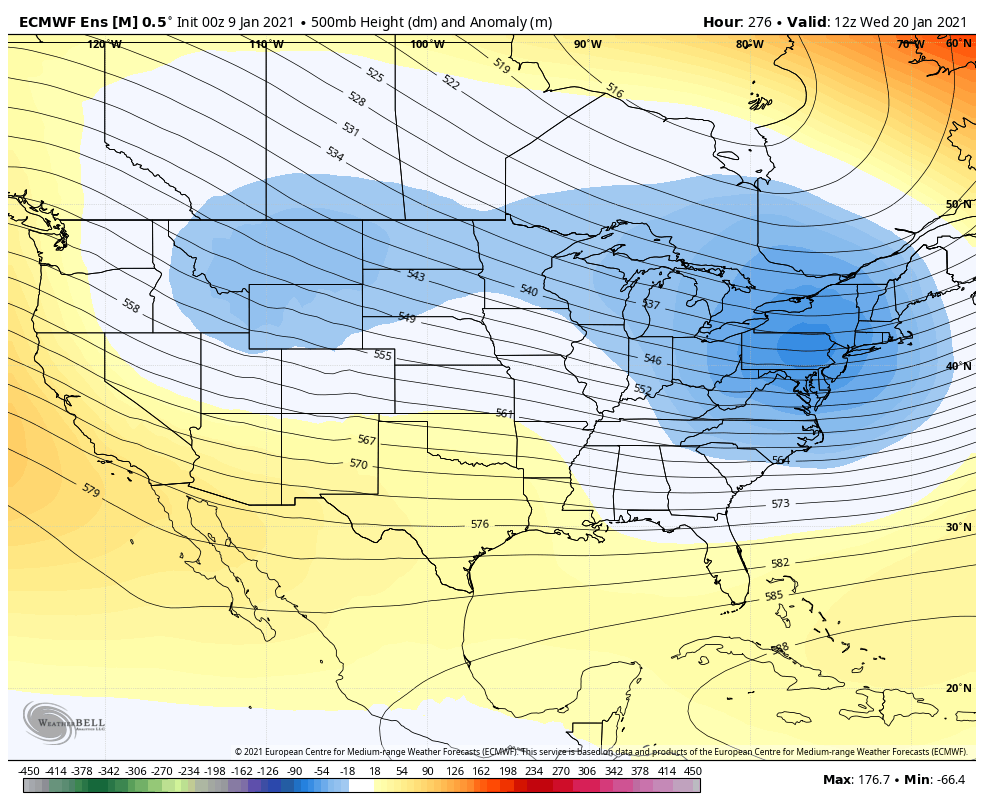 In looking at out even further, there may be a better chance of a pattern change towards the last week of January. Let's hope that happens! More on this in a future post!

Check out Alaska Backcountry Guides who operates A Star Heli's small groups, and comes with over 20 years of guiding experience. They are a new player to the AK scene and bring top-level skier/boarder experience. I know the owner and put 100% trust in the skier/boarder experience, service, and safety of this operation. They have seen over 200 inches on Thompson Pass this season. Late Winter/Spring might be your ticket to deep powder and a reprieve from the reservation and powder frenzy elsewhere.